plays on the RZ Bohema Bb & RZ Capriccio A 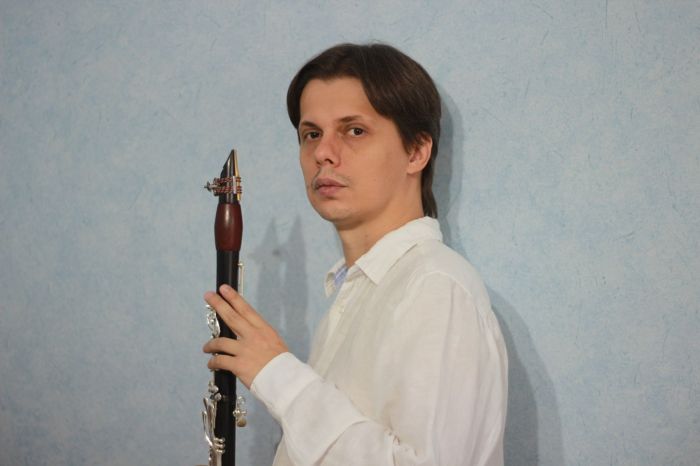 He continued studying clarinet (under the guidance of Nikolay Volkov) and composition (under the guidance of Professor Kirill Volkov) at Russian Gnesin Academy of Music. In 2001 he became a winner of the Third Junior Composers Contest “Хрустальный камертон” (Crystal Tuning Fork) in the category “Instrumental Music” as well as of the Improvisators Contest. In 2002 Anton Prischepa was awarded the First Prize in the First Scriabin International Composers Competition.  He graduated from Russian Gnesin Academy of Music in 2006, completed postgraduate study in 2009.

Anton Prischepa is the author of works in different music genres. He wrote Concerto for Trumpet and Orchestra (2004), Concerto for Flute, Clarinet and Orchestra (2009), Quartet for Strings and Piano (2004-2011), Quintet for Woodwinds (2005), two Sonatas for Clarinet and Piano. In 2007 the Austrian company Relief released a CD «A Tribute to Boris Tchaikovsky: Modern Russian Music for Winds» that also includes Prischepa’s composition for Clarinet and Cello «Двое» (“The Two”). Anton is also the author of music for several movies, as well as vocal and jazz compositions. He is steadily touring around Russia and Europe.

Since 2005 Anton Prischepa has been teaching clarinet and chamber ensemble at Gnesin Moscow Special School of Music. Since 2009 he has been the Head of the Department of Orchestral Wind and Percussion Instruments.

Anton plays on the RZ Bohema Bb & RZ Capriccio A